Walk-In, Walk Out Cosmetic Surgery. What Are They And How Do They Work? 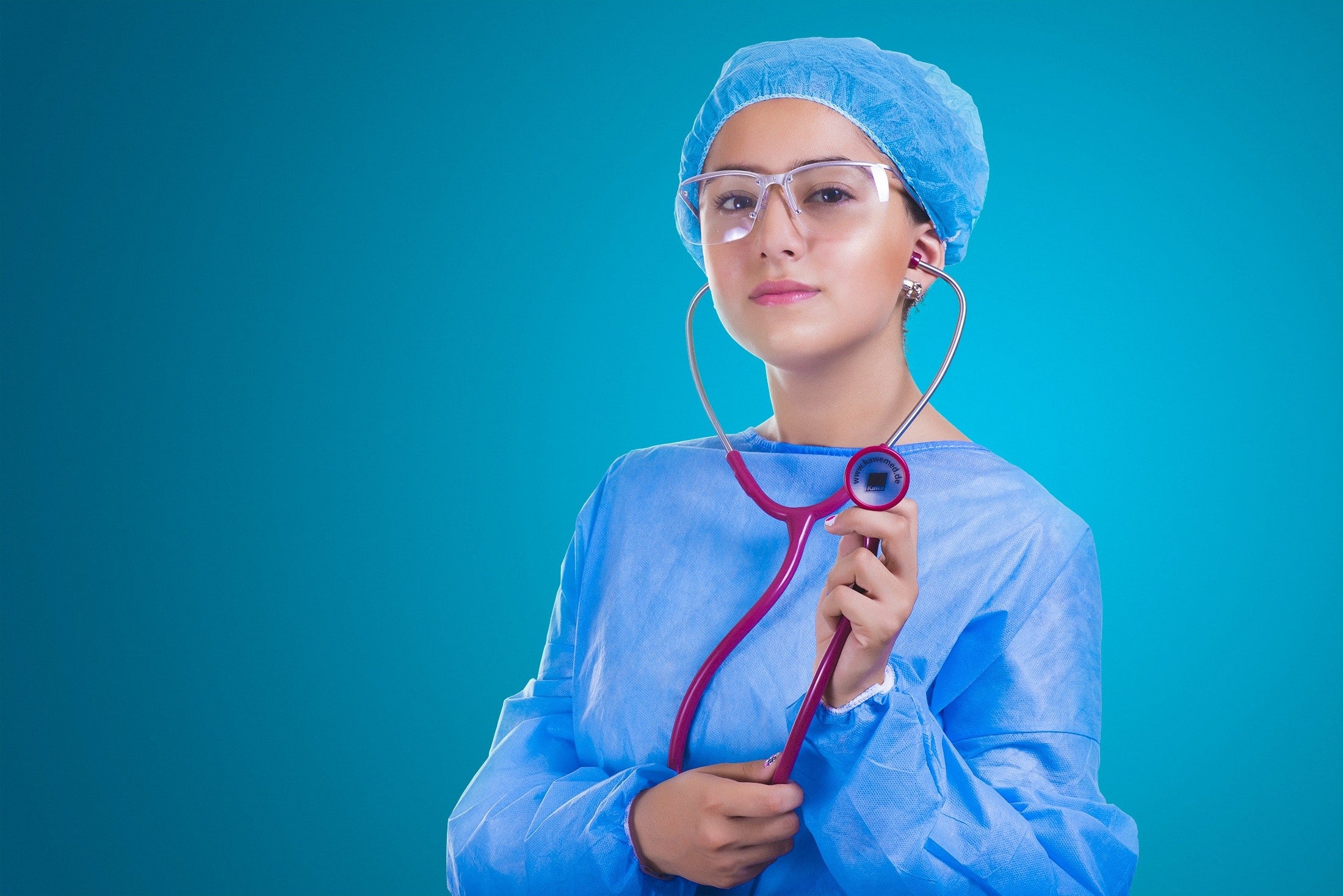 The multi-billion dollar cosmetic surgery industry is fast attracting more and more patients looking to alter their appearance. But, at what cost? In some cases, these procedures may be to fix a life long issue or insecurity and can result in a positive boost of confidence.

Patients are, however, losing touch with reality as cosmetic surgery becomes increasingly more accessible. So, what is safe? Can you place your health and wellbeing in the hands of a doctor performing walk-in, walk-out cosmetic procedures?

What Are The Most Common Procedures In Oz?

It’s becoming increasingly obvious that if you want to change something about your physical appearance, there is a cosmetic surgery that promises to make it happen. Australian has now overtaken the US with over 500,000 cosmetic procedures have taken place in the last year.

That makes us the country with the highest amount of cosmetic surgery procedures per capita. Pretty crazy, right? So, what are the most common procedures?

A facelift is a fairly invasive procedure. Basically, the skin is cut away from the forehead and ears. Then the surgeon will separate the skin from the underlying tissue, pull it tighter and stitch it back together. Pretty graphic stuff.

The after-effects of a facelift can be bruising and uncomfortable tightness that can last months. But, for patients who dream of having a youthful face and no wrinkles, it seems it is a price they are willing to pay.

An eyelift is becoming more and more popular with women who dream of getting rid of the ‘crows feet’ around their eyes. The procedure includes cutting away excess skin from the eyelids and sometimes even laser resurfacing to remove wrinkles.

Side effects can include bruising, blurred vision and even change of eye shape. Regardless of the risks, many believe this procedure is exactly what they need to improve their overall appearance.

A chemical peel is a less invasive procedure, in the sense that it does not involve any cutting of the skin. First, a surgeon will spread a solution over the patient’s face. A mask is then placed over the top. After the solution burns away the dead layer of skin, new skin growth is promoted during the healing process.

Deep burning of the skin promotes the removal of wrinkles, however, it can result in a risk of complication such as scarring and infection.

On the face, a device similar to an electric sander is applied. Essentially the device removes the dead layer of skin as well as wrinkles. Similar to a chemical peel, dermabrasion can result in scarring and infection of the skin in some cases.

In some cases, injectable fillers are also used to paralyse the muscles that lie under the skin. This is done in a bid to slow the process of creating wrinkles. However, it is important to bear in mind that this is only usually a temporary fix for wrinkles.

Nose jobs, or rhinoplasties, are becoming more accessible and, therefore, more popular than ever. In a lot of cases, surgery is performed through two incisions, made through the nostrils. This often leaves no visible scarring.

Cartilage is filed and remodelled, reshaping the nose. As a result of such an invasive procedure, swelling and bruising can hang around for months. Complications such as bleeding and infection can occur but are usually pretty rare.

As most of us know, lip enhancements are becoming one of the most common cosmetic procedures to hit the market. Lips are given plumper, more full look, through injections of fat or collagen. This look, however, is only temporary.

The body eventually absorbs both of these substances. In extreme cases, the lips can have permanent implants threaded into them.

Liposuction is the removal of fat from certain parts of the body. This procedure is extremely popular as a quick fix for problem areas such as the abdomen, thighs, buttocks, arms and throat.

Basically, through a small incision, the tube is inserted. Then, a very powerful suction pump sucks out the fat. The patient has to wear a pressure garment after the procedure to ensure the skin contracts. If the skin does not contract properly, it can often appear to have a loose, corrugated look about it. Additionally, the patient’s skin can be bruised for months.

As most of us know, a tummy tuck is essentially the removal of excess skin from the stomach. The procedure includes cutting the skin along the bikini line, removing the overhanging skin and tightening the abdomen muscles. Often, numbness and uncomfortable tightness can result for some time afterwards.

Breast implants are one of the most popular cosmetic surgery procedures. The operation includes the insertion of saline or silicone implants through an incision under the breast or armpit. The patient can have implants placed under their skin or muscle.

There will usually be swelling and bruising for a couple of weeks. Complications can often include the formation of hard scar tissue around the implant itself. Implants can sometimes leak if knocked or burst inside the chest as well as the fact that they can move out of place.

To the horror of many, a lot of the time many patients are able to go home on the same day as their operation. Some shopping centre clinics may even offer chemical peels and injectables.

While cosmetic surgeons would argue that this is perfectly safe. The number of complications coming out of these same day clinics, have to lead to a change in laws.

A staggering amount of infections resulting from liposuction and similar procedures has shocked the medical community and many are calling for a review of the cosmetic surgery industry.

Experts have expressed their concern with the fact that the law, as it stands, has quite a lot of grey area.

So, Why Are We Doing It?

It’s official. Australia is even vainer than the US. But why? Many experts blame the rise of social media influencers and pressure to conform to a certain image we see portrayed by celebrities.

Professionals are noticing an alarming amount of young women having fillers. These fillers are obviously not to correct the effects of ageing, but to alter their appearance dramatically.

Does this mean, as a society, we’re we losing touch with reality? Australians are bombarded by images of beautiful humans from the moment they wake up, to when they fall asleep at night. But, we all know it’s an illusion, right?

The ideals placed on women as to what they ‘should’ look like are becoming more and more shocking. Most young people are exposed to a myriad of unreasonable body standards on a daily basis. So, how can we blame them?

Who Really Is Your Dr?

The scariest revelation though is the fact that most Aussies don’t even know the difference between a plastic surgeon and a cosmetic surgeon.

Shockingly, a cosmetic surgeon is a doctor who has only achieved a basic medical degree. Plastic surgeons are the specialists. Both are allowed to practise, surprisingly.

The government has recently been called on to restrict who is able to perform cosmetic procedures and many experts are stressing that something must be done sooner rather than later.

Put Your Trust In A Professional… A Real One

Our biggest tip is… you really do get what you pay for. If you are seriously considering cosmetic surgery we recommend a legitimate specialist who has your best interests at heart.

It is becoming more and more common for doctors to tell patients what they want to hear. Often, a procedure is not right for a particular individual but ill-equipped doctors will perform them anyway. If you want to alter your appearance through cosmetic surgery it is much safer to pay a higher price for an experienced and properly trained plastic surgeon. After all, it could end up costing you more in the long run!

If you really wanna know what we think… in the words of Lady Gaga… “you were born this way baby!” Appreciate what you’ve got. If you do feel you need to go down that path, do some thorough research before getting under the knife.

Let Jacaranda tell you how to be a greenier human!

A Beginner’s Guide To Getting a Car Loan All You Need To Know Before Applying!

Before You Get A 3000 Loan You Need To Read These Tips!

Looking for a 5000 Loan? Apply Online with Jacaranda Finance Today!