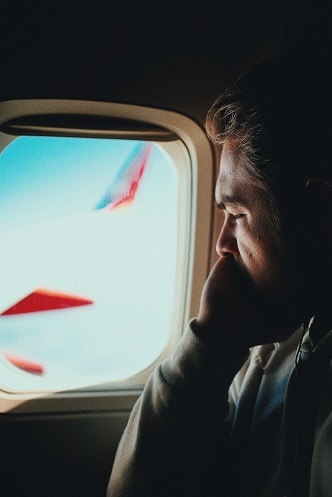 The Good, The Bad and The Ugly of FIFO Work

Fly in fly out, or FIFO work has been booming since the 1980s which saw a rise in the production of minerals such as iron ore, copper, gold, petroleum and natural gas found offshore. You might have a partner, father, brother, uncle, sister, friend, mum, or cousin that you only see every 2-4 weeks because they work remotely.

So, what is fly in fly out work? It is a way for companies to employ people in remote areas by flying them out to work temporarily. This is instead of relocating employees and their whole family permanently.

This kind of work is most common in the mining regions of Australia like Western Australia, Central Queensland, the Hunter Region in New South Wales, and Latrobe Valley in Victoria. However, Western Australia is the largest of these in terms of total FIFO employees.

FIFO workers work away from home, typically in rural regions. As the name indicates, because of the remote nature of the job, workers must fly to the location and back. Sometimes, though not always, this work is interstate. Workers generally go by a roster of weeks on and off at a time. Some may do one week on and one week off. Others will work a whole four weeks on with two to four weeks off. On doesn’t mean the typical 9-5 though.

The reason FIFO workers typically have weeks off at a time is that when they are ‘on’, they’re on the whole time. They often get up, eat, work, eat, sleep and repeat. Downtime is existent but usually minimal.

Fly in fly out work is taxing, saying the least. The most common FIFO jobs are diesel mechanics, plant operators, site administrators, trade assistants, drillers, boilermakers and technicians. Of course, there are also positions for cooks, wait staff, industrial cleaners, housekeepers, bus drivers, utility workers, and the list goes on. While there are many job types offered as FIFO positions, demand for FIFO workers is high due to the draining nature of the job. It may not be everyone’s cup of tea (or pint of beer, more aptly).

With entry-level pay starting at around $80,000 a year, it’s not surprising that the number of people taking fly in fly out mining jobs has increased significantly over the years. In 2015, 65% of the Australian workforce was made up of FIFO workers alone.

With the rising cost of living and minimum wage staying put, many people see FIFO work as a way of circumventing everyday money struggles. The majority of the FIFO workforce is made up of people aged between 35 and 52 years of age. However, there are more and more young adults around 25 years and older that are joining the fly in fly out workforce. About 20% of FIFO workers in Australia are female.

The rising interest in the FIFO lifestyle seems primarily because it is such high-paying work. Workers completely uproot their everyday lifestyles to spend weeks at a time away from their friends and family for the paycheck. They’re either working to save for a house, pay off debts, fund their lavish lifestyles on their time off, support their families, fund other less-profitable ambitions or because they genuinely enjoy the work or the lifestyle.

While these are reasons someone may consider taking a FIFO job, there are certainly drawbacks to this lifestyle. Around 86% of people with fly in fly out careers are in a relationship with someone they are leaving behind each time they go on site. What’s more is that 65% also have children at home.

A study conducted by Mining People shows that people are conflicted on the subject. Some say that they sacrifice more than they gain, and sometimes money shouldn’t be the highest priority. While the money is good and it offers the ability to travel, save and hit your stride, you miss out on a lot of life events that money can’t buy back.

On the other hand, some say that they enjoy the opportunities FIFO work gives them. Many feel they wouldn’t otherwise have these opportunities, and that the roster is even more suited to their lifestyle. Like with most things in life, there are pros, and there are cons. Let’s look at a few.

For the sake of argument, we’ll primarily focus on the financial side of FIFO work. We know that the fly in fly out salary is what would be considered ‘generous’. Entry-level salaries start from around $80,000 to $100,000 and only go up from there. The ability to earn that amount of money without the need for a degree or lengthy resume is, unsurprisingly, appealing to many.

Studies suggest that, depending on where you live in Australia, you need to be earning upwards of $70,000 to buy a house and keep up with the mortgage repayments comfortably. If you live somewhere like Sydney or Melbourne, you’d want to have a household income of $130,000 to $150,000 a year.

Or, perhaps sending your kids to private school is a priority for you. Private schools in Australia can set you back anywhere between $15,000 to $37,000 a year.

Maybe your dream is to travel the world? Perhaps you’re in debt from a failed business? Or, maybe you’re just trying to work out your next career move? There is an endless list of reasons why earning the kind of money that FIFO work pays is a priority for many Australians. Luckily, the cash is not the only good thing about the job.

One of the most taxing aspects of fly in fly out careers for many workers is the time spent away from home. As so many Australian FIFO workers have partners or children at home, their time spent ‘on’ can prove to be slightly more complicated. Especially when special events come around in the middle of their ‘on’ period, and they’re unable to get the time off. Weddings, birthdays, graduations; any event that you’d typically want to be there for, you may not be able to.

On top of missing life at home, many workers struggle a little with the feeling of isolation while on site. It depends on the job you are doing, but some people can spend their whole days in an office and not talk to a single person.

The hours are also long and demanding. You’d typically work 10 to 12 hour days over your roster. It’s a perfect recipe for burning the candle at both ends and can potentially have mental and physical consequences.

As fly in fly out Australia is a very demanding job, it puts a strain on the mind and body. Not only is the work physically demanding, but it also requires a specific type of mentality.

A study conducted by Rural & Remote Mental Health revealed that one in four FIFO workers experience high to very high psychological distress. These results are two to four times higher than the rest of the working Australian population.

There is a concern for rising suicide rates within the FIFO industry. In fact, in 2014, 9 FIFO workers took their own lives in the space of 12 months. Since then, there have been several crackdowns on the way mining companies handle mental health.

So, is fly in fly out work worth it?

Ultimately that decision is up to the individual. Fly in fly out work has its positives and negatives.

The life of a remote worker is not everyone’s cup of tea. For some, it’s worth the money. For others, it’s a short-term situation. It’s entirely subjective in that way.

If you’re considering a temp or short-term FIFO contract because you’re in need of a temporary cash injection, you may want to consider a secured personal loan. Jacaranda Finance can offer loans of up to $15,000 with an outcome on your application in as little as 60 minutes﻿2. If you’d like to know more about what your payback period looks like, scroll to the calculator at the top of this page.

﻿2 If applied within our standard business hours. 60-minute outcomes are not guaranteed.

Jacaranda Finance Raises Over $5,000 For Hear And Say